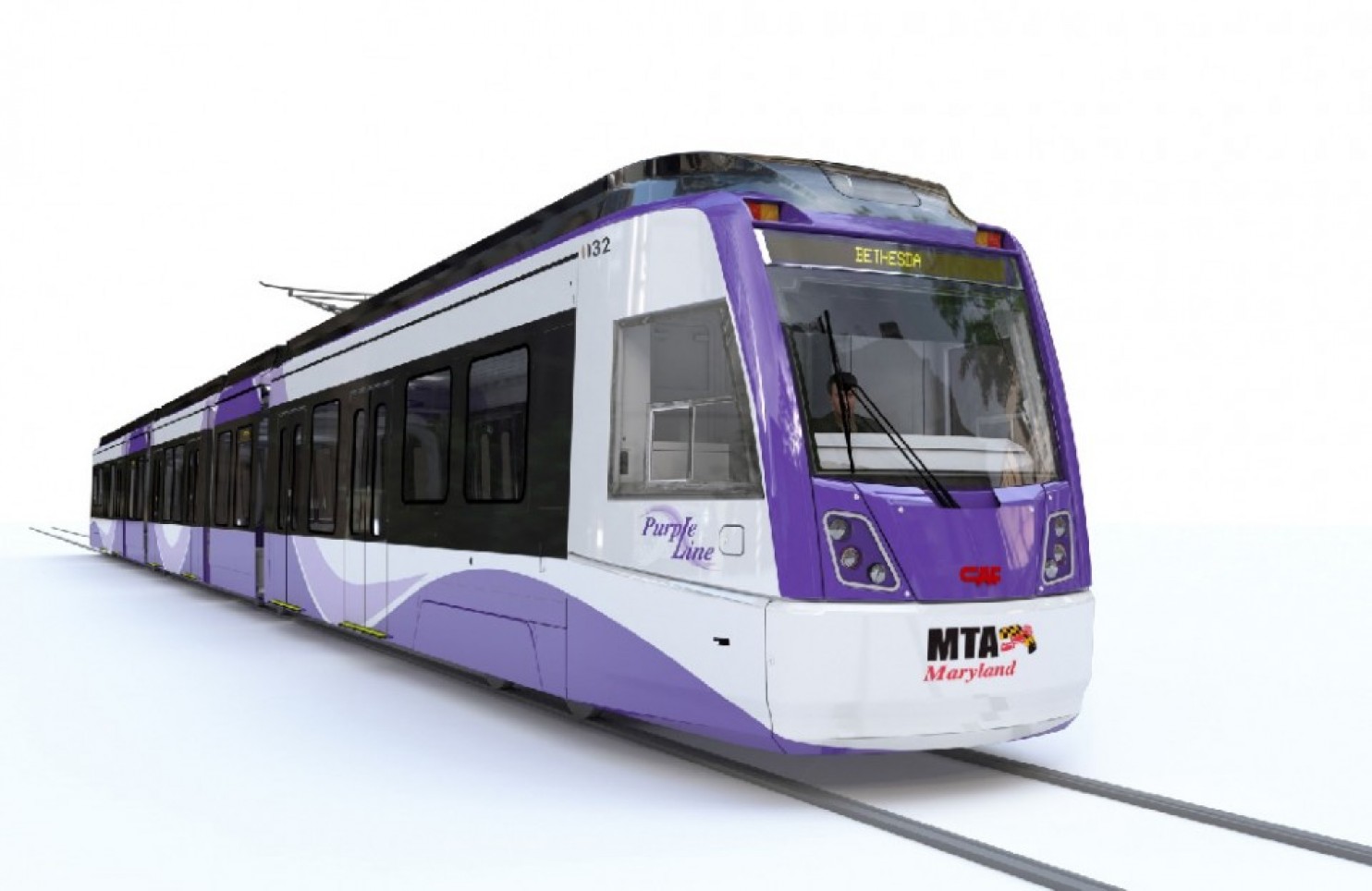 With November already here, we are asking you to remember Purple Line NOW in your holiday giving. As our most ardent supporters know, we are a lean organization, existing on a very limited budget, a quarter-time staff member, and the elbow grease of many volunteers and community leaders.

We want to be absolutely clear - with little left in our coffers as the end of the year rolls around, we are asking you to help support our efforts to make all of what we describe below happen. Your donation will go directly to:

We are providing testimony to counter the negative attacks the project has been enduring, we are writing letters to decision-makers, and we are meeting with elected officials to encourage them to stand strong while we await the decision from the court case that has put the project temporarily on hold.

In the coming days, you will be invited to a rally we are organizing to get the Purple Line Back on Track. You will also learn how you can participate in a letter-writing campaign to keep the community, media, and elected officials aware of the cost of the continued delay caused by the recent lawsuit.

We are in the middle of what has become a terrific educational opportunity for the community - hosting the Envisioning the Purple Line series which has brought experts together in a series of fora to update, discuss, and provide information on where the project stands and how we can work together to make it happen. The next forum will be in the Takoma Langley Crossroads area where we will be discussing the positive economic impact in terms of jobs that the Purple Line will bring.

Please take a moment to visit our website to make a donation to Purple Line NOW. As always, we are happy to provide accounting details if you are interested - just give us a shout. With your permission, your name will be listed on our website and at all of our events along with other generous donors. Thank you for your loyal support - and if you are new to us, please take a moment to peruse the website or give us a call for more information.

Thank you in advance for your generosity!

The last two months have been tumultuous for the Purple Line and its advocates. We have gone from the threshold of a Full Funding Grant Agreement to being shunted to a side track by an August 3rd Court decision. However, on August 23rd, lawyers for Maryland and the Federal government requested that Judge Richard Leon reconsider his decision so as to prevent a manifest injustice.

Purple Line Now is not standing idly by, awaiting the Court's response. As part of our public education role, we have reviewed the filings of the Federal Transit Agency (FTA) and Maryland Transit Administration (MTA). We are happy to report that the case they make for putting us back on track for groundbreaking is evidence-rich and well-grounded in legal precedent. We summarize the legal case and the supporting evidence below.  For those of you that want to dig deeper, we've also posted the documents online.

We know that many of you and your friends and neighbors have questions that aren't always answered by the press. We are sharing this summary with you to ensure that you have the case for the Purple Line at your fingertips.

Briefly, U.S. Attorney Tyler Burgess and MD Attorney General Frosh argue that Purple Line construction should be allowed to proceed and the FTA should be permitted to consider recent Metro events to determine whether a new Supplemental Environmental Impact Statement (SEIS) is necessary. The two arguments parallel one another with different emphases.

* Federal and Maryland Memorandum in Support

Maryland and the Federal Government do not seek to overturn the Judge's finding that the initial MTA and FTA response on Metrorail safety was "barebones." Instead, they argue that Court erred by requiring a new SEIS rather than remanding to the FTA. They cite variations of the settled precedent that “[w]hen an agency provides a statement of reasons insufficient to permit a court to discern its rationale ... the usual remedy is a ‘remand to the agency for additional investigation or explanation.’” By leaping to its ruling that a new SEIS was necessary, the Court violated the Administrative Procedure Act by “substitut[ing] its judgment for that of the agency.”

The two filings also argue that, in the meantime, the “Record of Decision” that the Purple Line should proceed should be reinstated. First, the included testimonies show a new SEIS will likely not be necessary and, second, the Judge's order introduces delays that cause harm and increase cost.

MTA's Charles Latucca oversees MTA's major capital projects and lays out the case for the Purple Line. After laying out the evidence of the fundamental strengths of the project, he details the current state of the project and the costs of delay to the Maryland residents and businesses as well as the State Government. Each month of delay is estimated to introduce $13 million in new costs.

Maryland also included a recent ruling on Beverly Hills Unified School District v. FTA. That case also involved the National Environmental Policy Act, and describes the high burden of proof that must be met before putting a hold on a project.

Lucy Garliauskas, Associated Administrator for Planning and Environment for the FTA, testified that the Purple Line's east-west connections provide significant benefits even setting aside ridership from the DC Metro.

Do you still have questions or did you notice something we missed? Please let us know at [email protected].

The Case for the Purple Line

Purple Line Now President Ralph Bennett lays out the case in the Washington Post for the multiple and mutually reinforcing reasons that our region the mobility that the light rail line will provide. 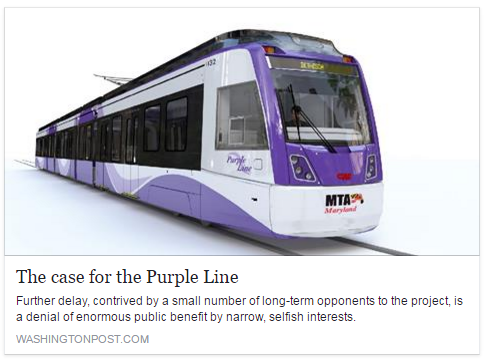