Breaking Ground and Giving Thanks

We want to bring you a re-cap of yesterday's amazing Purple Line groundbreaking. For those of you who weren't able to attend, here are some photos that capture the scene - you'll notice that there are a lot of smiles in these pictures! Speakers at the signing ceremony included U.S. Transportation Secretary Elaine Chao, Maryland Governor Larry Hogan, Senator Chris Van Hollen, Congressman Anthony Brown, Montgomery County Executive Ike Leggett, and Prince George's County Executive Rushern Baker. The ceremony was emceed by none other than Maryland's Secretary of Transportation Pete Rahn. 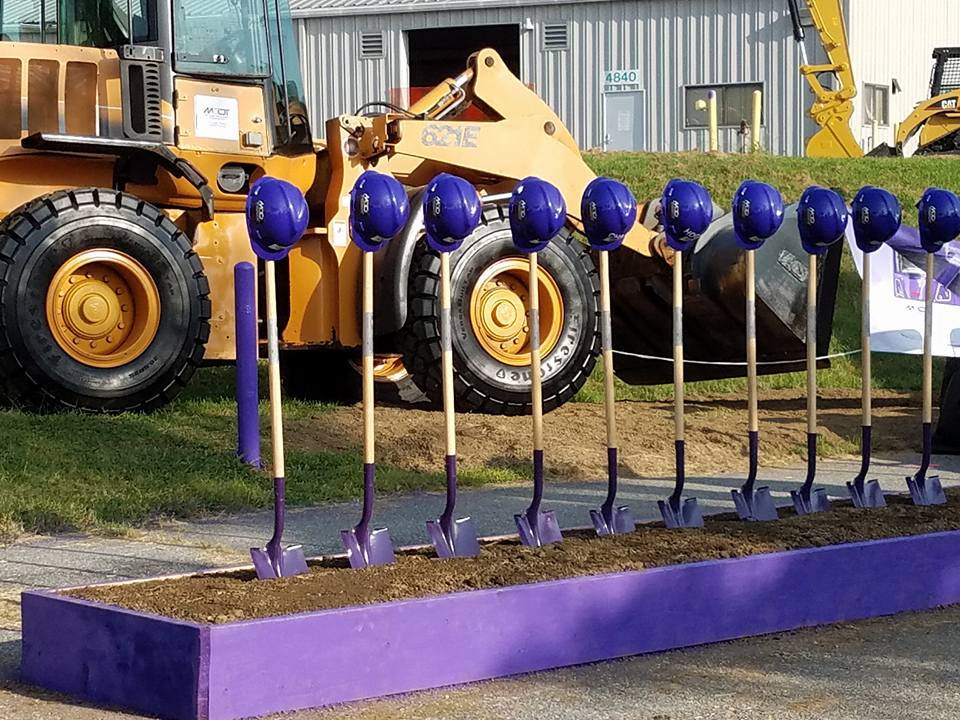 The event began just after 10 a.m. under sunny blue skies and a cool breeze. Secretary Rahn stepped up to the microphone and exclaimed, "We did it!" Montgomery County Executive Ike Leggett gave a heartfelt and poignant tribute to our founder, the late Harry Sanders, describing Harry's ability to work across political and economic lines, as an activist rather than a politician, to bring attention to the much-needed project. Congressman Brown gave a cheerful shout out and thanks to Purple Line NOW for all the work our volunteers have done over years (decades!) to see the project through. 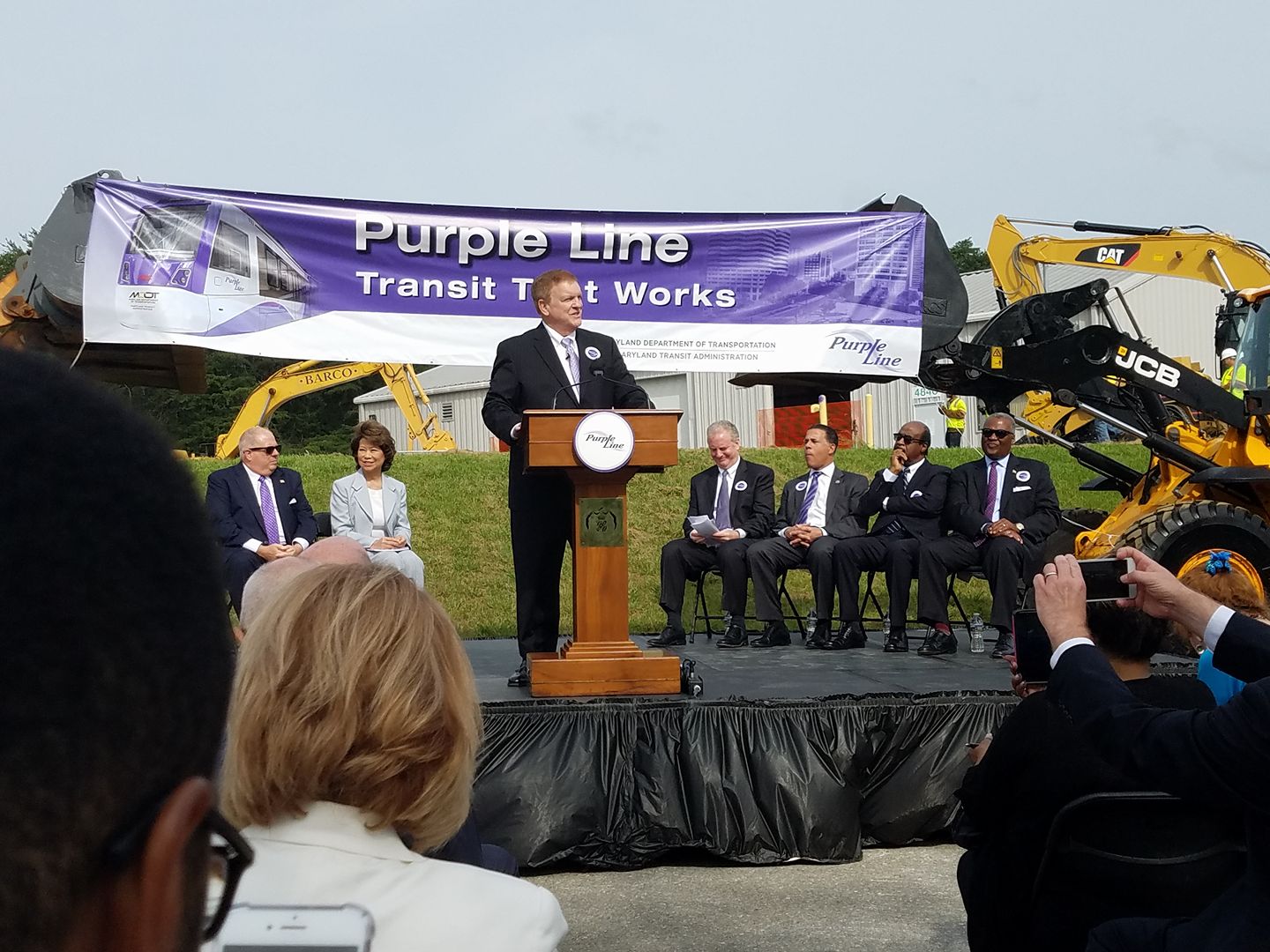 Senator Van Hollen and Prince George's County Executive Baker extolled the virtues of the line, the teamwork that got the project to this day, and applauded all of the volunteers who made it so. Following the speeches, the Governor and Secretary Chao signed the Full Funding Grant Agreement before donning hard hats to break the ground that will begin the project. 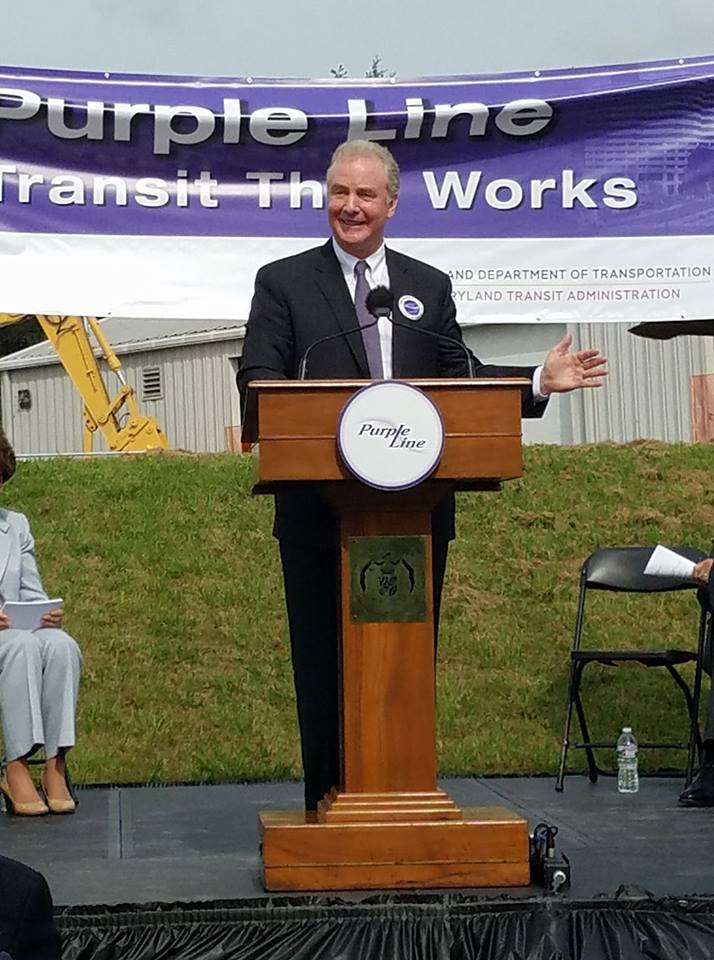 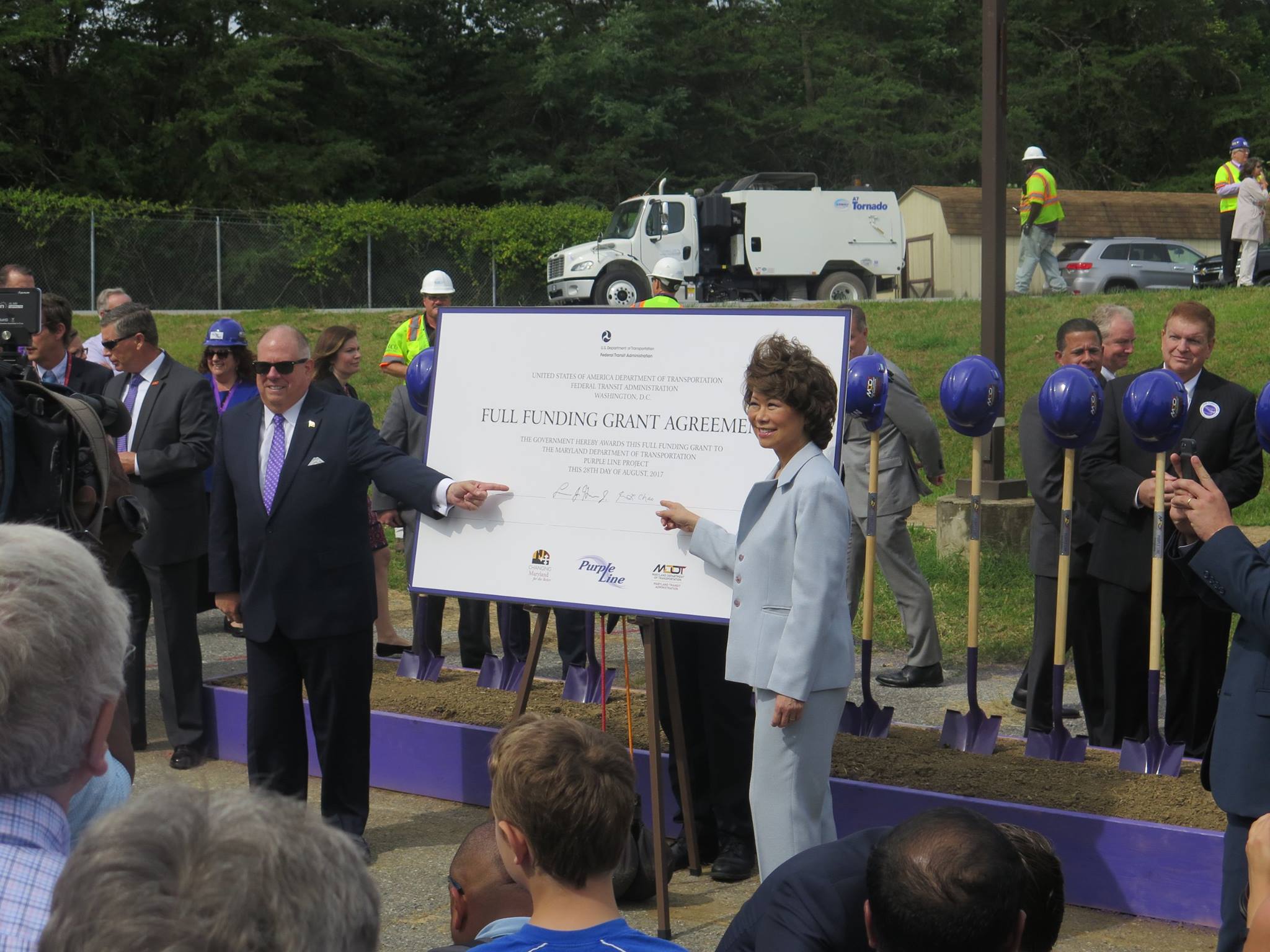 Purple Line NOW released a statement to the press just moments ago:

SILVER SPRING, Md. - Purple Line NOW is overflowing with joy and gratitude on the day of this long-awaited groundbreaking. President Ralph Bennett said, “Today was a day of celebration as Governor Larry Hogan and Secretary of Transportation Elaine Chao came together to reach agreement and start construction. We are thankful to the Governor and the Secretary, who along with our Congressional Delegation, have shown that both political parties can still work together to invest in the future. County Executives Leggett and Baker and our steadfast friends on the Montgomery and Prince George’s County Council also deserve credit for their advocacy and for their respective counties’ financial contribution to the project. Likewise, the Maryland General Assembly’s work took a key step by continuing to support the project in name and funding.”

Bennett continued, “We’re also grateful for our public servants and their private sector partners: Maryland Secretary of Transportation Pete Rahn, the whole Maryland and Federal Transit Administration team, and Purple Line Transit Partners who kept things moving during the delays. If we see project manager Mike Madden, we’ll get him a cup of coffee, as the project converts from planning to reality.”
Purple Line NOW Vice President Greg Sanders is particularly inspired by the diversity of the coalition that came together to see the project through many challenges. “In our polarized age, I’m thankful to see business leaders and laborers, who came together to emphasize that this will be a jobs line. Colleges and universities, mayors and civic groups from around our region working together. Advocates with diverse causes: environmentalists, affordable housing advocates, transit and road supporters, side by side. Our board members have stood by this project through thick and thin. Just as the project will connect our communities, I will be forever grateful for the friendships that have made this project happen and have been binding our two counties and state together.”

Treasurer Tina Slater announced, “This is a great day and Purple Line NOW has plans to celebrate all advocates of the project in the coming weeks - we want to thank everyone that made this possible.” Tina went on to share a personal story, “I first joined Purple Line NOW when I was asked by its founder, Harry Sanders, who along with Ross Capon and many other advocates called for acquisition of the right of way between Bethesda and Silver Spring nearly three decades ago. I’d like to thank all Purple Line NOW volunteers and members of other transit advocacy organizations. It is no exaggeration to say that we would not be here without your efforts. This project has been declared dead any number of times, but the faith and perseverance of citizen support saw it through. From those that went to Annapolis to those that have told your neighbors time and again about how the Purple Line will run from Bethesda, Silver Spring, College Park, and New Carrollton, we all share this legacy. We are so proud of all of you.”
###

Our attention now turns to making this the best project it can be. Stay tuned for next steps and details in the coming months. Thank you, thank you, thank you - each and every one. A great day for the Purple Line and for our community!
Do you like this post?
Tweet