Before we get to the Purple Line walk in the Woodside community, we wanted to share two terrific pictures of the newly installed Capital Crescent Trail Bridge, viewed from the east side of the Silver Spring metro (crossing Colesville Road.) 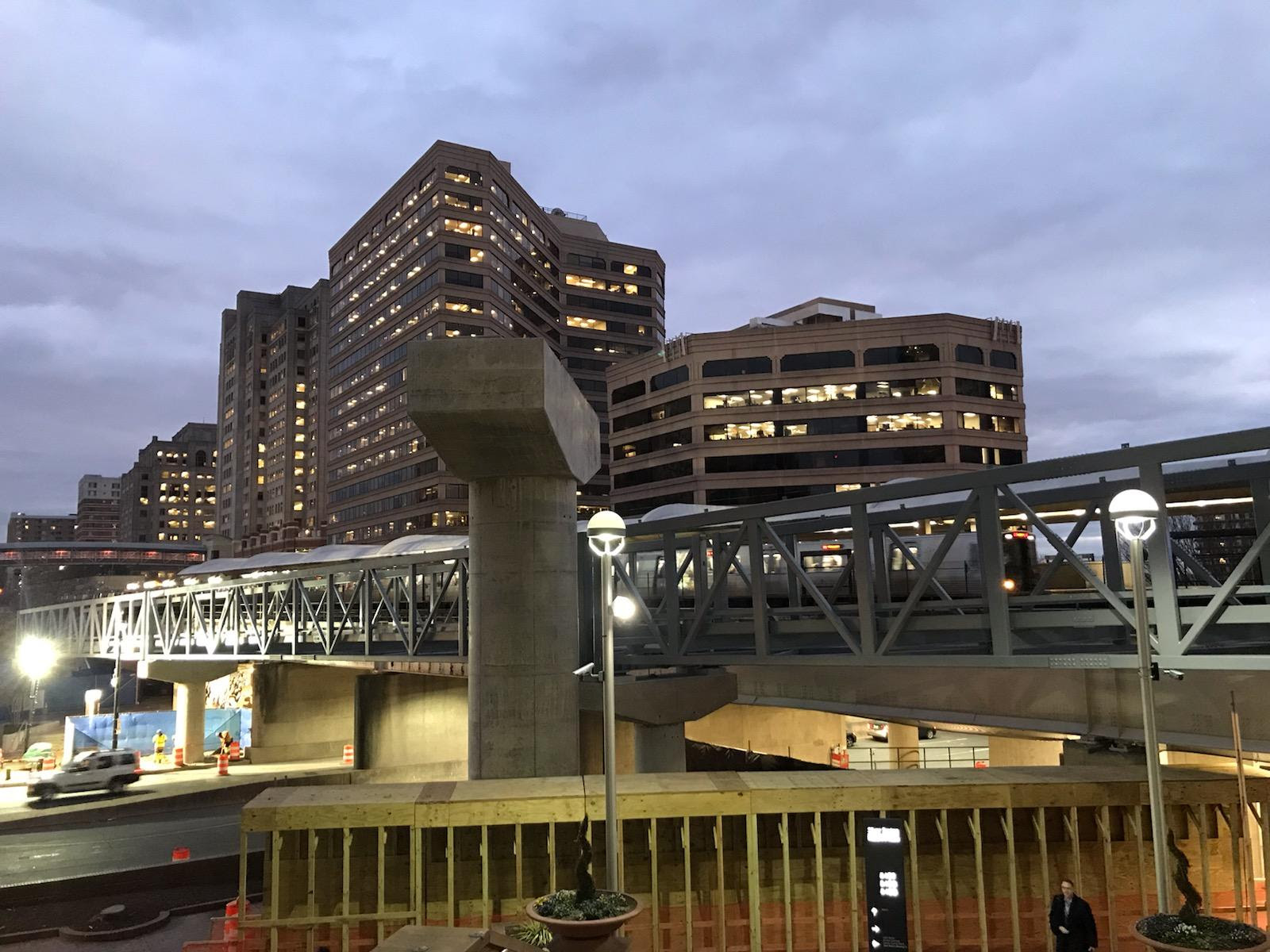 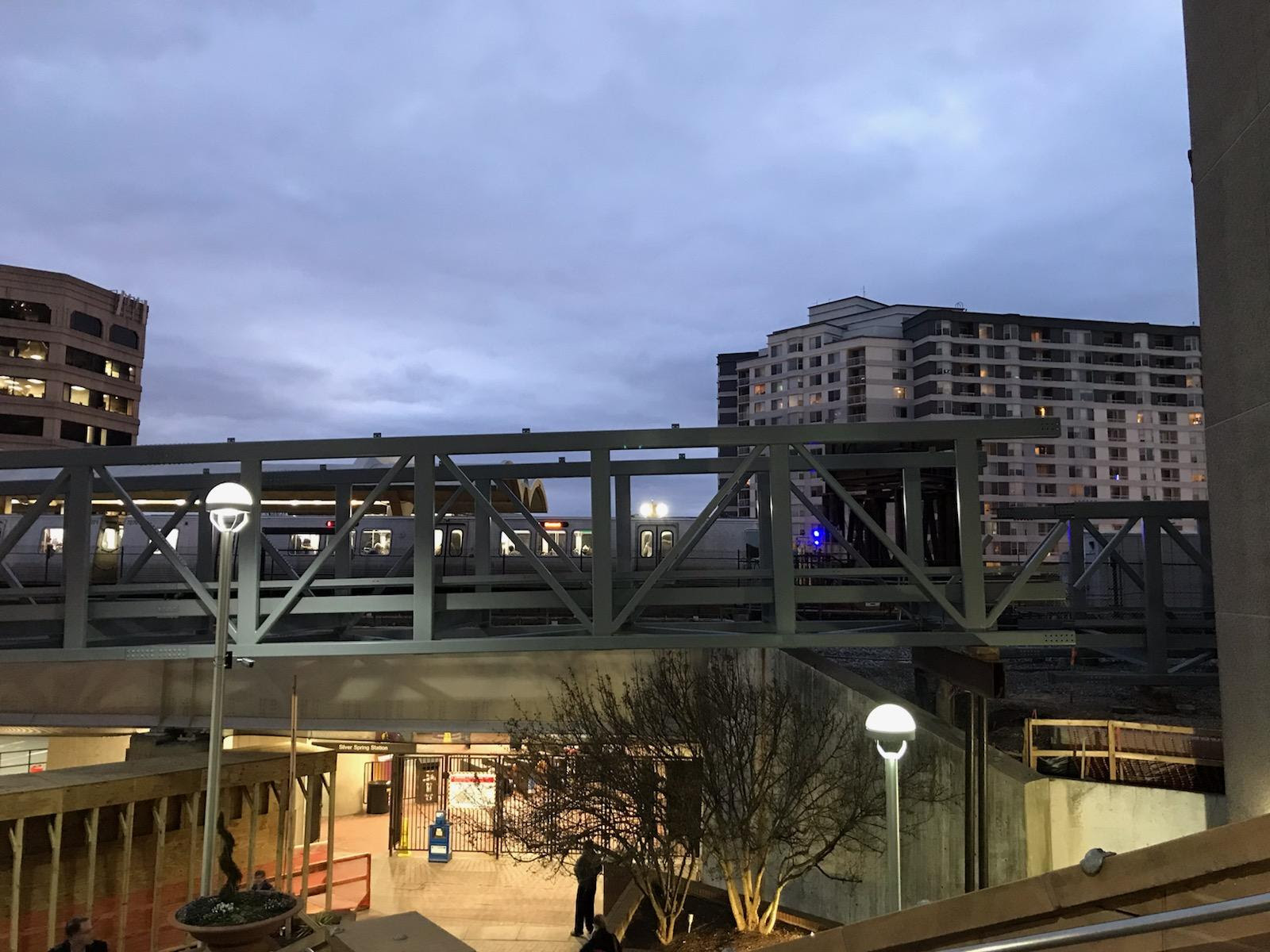 We hope these two photos help you envision a time, in just a few short years, when trains and trail are a reality!

A Purple Line Trail Walk in the Woodside Community

The walk was set up because residents in this particular community wanted more information about how the Capital Crescent Trail (CCT) would fit into the edge of the community, where access points would be, and how the community would be shielded/landscaped from the trail, CSX trains and the Purple Line, since the train-bordering trees and shrubs have now been removed.

Barbara Sanders, a member of both the Woodside/Lyttonsville Community Advisory Team (CAT) and Purple Line NOW Executive Committee, set up the trail walk with the outreach coordinator for the project after the community was told the existing natural barriers were to be removed in the fall.

The walk began with a short meeting at the home of Barbara Sanders on Noyes Lane to review general information about the project and get everyone up to speed: 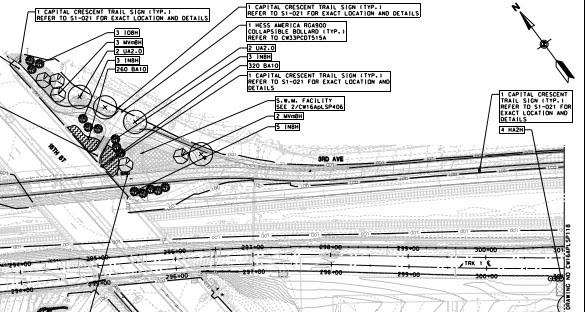 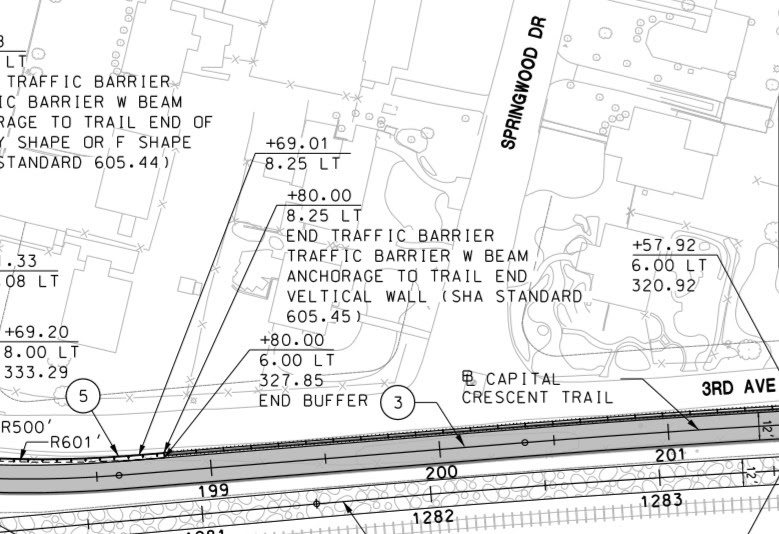 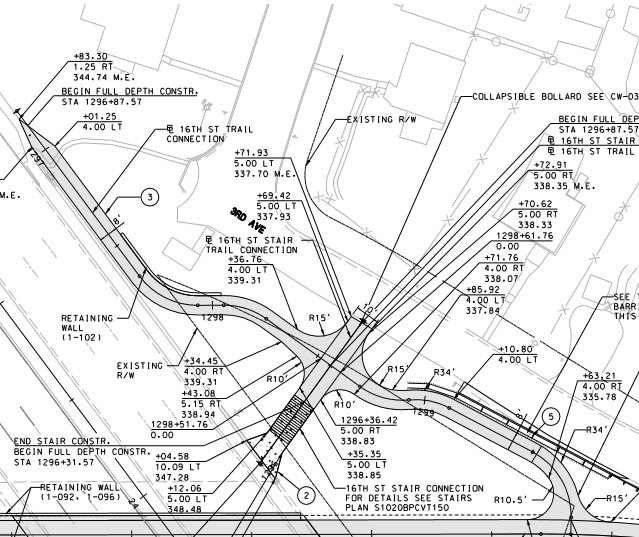 The group raised a few issues that will likely require negotiation with the Maryland Transit Administration (MTA) over the Purple Line contract provisions, and coordination for assistance with the Montgomery County Executive, Council, and Montgomery County Department of Transportation (MCDOT). Some of those issues included ways to speed the completion of the trail in this area where the path is not adjacent to the light rail construction and significant screening has been removed. Another major issue was inclusion of neighborhood sidewalk and bike path connections to both the CCT and the Purple Line station.

There are more detailed plans available on the Purple Line MD website and residents are encouraged to sign up for weekly construction notices to any area of the Purple Line Right-of-Way (ROW) to be made aware of significant projects.

We have a date for the next Purple Line NOW forum! Mark your calendar in ink for Getting Ready for the First Purple Line Ride! on April 15, from 6:30 pm to 8:30 pm at Montgomery College. You will be able to reserve your seat soon, so stay tuned for more details on this educational and interesting evening for both Montgomery and Prince George's counties. Remember, our forums are always free and open to the public and press, but because of space limitations, we ask that you reserve your seat in advance. We'll be sending out an invitation soon, so keep your eye out for it.

Can You Help Purple Line NOW Continue Its Work?

We are thrilled to announce that we reached the $5,000 threshold for matching donations last week! We are so thankful to each and every one of you who gave for the first time, continued your long history of giving, or answered our call when a generous matching benefactor reached out to us.

Purple Line NOW still needs your donations during the year and we appreciate every penny donated. If you would like to make a donation, you can do so by clicking on the black donate button below. Thank you!

We are grateful for ALL of our donors - thank you, thank you, for stepping up to help Purple Line NOW continue its work!