Lift the Hold on the Purple Line. It’s About Dang Time.

Silver Spring, MD - A frivolous lawsuit by opponents has kept the Purple Line on hold since August 3rd of 2016, more than half a year ago! In issuing that stay, the Court cited its dissatisfaction with the Federal Transit Administration’s (FTA) one paragraph answer to its question on the implications of Metrorail’s safety and ridership challenges. Both the FTA and the Maryland Transit Administration (MTA) have listened to United States District Court Judge Richard Leon’s concern and thoroughly addressed this question, examining five different ridership scenarios, looking at questions such as ride-hailing services, and presenting ample evidence that the Purple Line fills a dire need for east-west transportation alternatives regardless of the state of Metrorail.

Last fall, the Court acknowledged the principle that decisions on whether more studies are necessary "'requires a high level of technical expertise’ that would benefit from the ‘informed discretion of the responsible federal agencies.”’ The federal and state experts have laid out an open and shut case and the plaintiffs, despite being granted an extension, simply rehashed tired, unsupported, and irrelevant arguments. We commend the court for rejecting the plaintiffs’ further stalling tactics, but all the arguments were submitted by January 13th. We call on the Court to rule as expeditiously as possible, to mitigate the cost of the delay.

The risks of further delay are mounting. The concessionaire and the MTA have worked very hard to bring the project to the very brink of construction. Engineers have advanced designs, teams have been out in the community conducting soil borings, and initial permits are in place pending the restoration of the record of decision.  The upside is that the project could not be more shovel ready and early signs show that it remains on the infrastructure shortlist for the new administration. The downside is that further construction delay may impose significant added costs. This lawsuit is only the latest instance of stalling tactics that have prevented better east-west connections for decades and that may push back the March 2022 start date. The Purple Line will add resilience to Metrorail and bring relief to our region’s workers, students, and shoppers. We call on Judge Leon, for the sake of our community, to allow Maryland to Build the Purple Line, Now!

As we close the book on 2016, it’s time once again for our annual look back on the Purple Line news stories that made headlines in the past 12 months.

When 2016 began, we had high hopes that this would be the year that the project finally broke ground, but as in life, things don’t always work out the way you plan. Despite the setback, the Purple Line made tremendous progress this year and we are only one step away from achieving our goal.

The New Year brings new hope that the federal lawsuit that is holding up construction on the project will be resolved, and that a year from now, our year in review will be filled with stories about the construction that is taking place across the corridor. So, without further ado, we present to you the top ten Purple Line news stories of 2016!

In the spring, the concessionaire, Purple Line Transit Partners, released the first renderings of the railcars that the Purple Line will be utilizing. At 136 feet in length, the Purple Line light rail vehicles will be the longest transit railcars in America, edging out Austin's cars by 2 feet! Each railcar is expected to have 80 seats, as well as space for up to eight wheelchairs and eight bicycles. Also, unlike Metro railcars which we are accustomed to, the trains will have an open gangway design, meaning that you will be able to walk from one end of the train to the other with ease.

The potential redevelopment of the Apex Building has been a perennial feature on our list of the top ten Purple Line stories, but what once seemed like a longshot is starting to look like a real possibility. In 2016, a developer acquired the Apex Building, paving the way for it to be redeveloped and for the Capital Crescent Trail (CCT) to be rebuilt along with and under it. The building is slated to be demolished in early 2017, which will result in an improved Purple Line station and CCT tunnel. Just this month, the Montgomery County Council approved funding to keep the Capital Crescent Trail underground, and to widen it to 16 feet through the length of the tunnel.

Big news was made at Purple Line NOW’s first forum in its envisioning the Purple Line series in College Park this past spring, and it had the students cheering. University of Maryland officials confirmed that there will be a “fare-free zone” for students between the Adelphi Road/West Campus station and the M Square stop just south of the College Park Metro station. The fare-free zone will enable students and faculty with a University ID to ride the Purple Line for free, not to mention reduce the time it takes to traverse the sprawling campus.

As we all know, a lawsuit filed by opponents of the Purple Line has delayed the project’s groundbreaking, but another long-running court case was resolved in the Purple Line’s favor in 2016. In January, Maryland’s highest court ruled that homeowners adjacent to the Capital Crescent Trail cannot claim ownership of the land. Since then, the county has been working with residents to remove any fences or sheds that lie in the Purple Line’s path before construction begins.

6. Counties Cement Their Commitment to the Purple Line

As final design nears completion, we have gotten a closer glimpse of how the Purple Line will integrate with existing communities around station areas. In Riverdale Park, there was pushback against eliminating a planned aerial bridge at the station and replacing it with a fill wall to reduce the project’s overall costs. However, Prince George’s County officials have expressed confidence that the issue will be favorably resolved. And in Silver Spring, we got a glimpse of how the Purple Line will integrate with the Silver Spring Transit Center. And earlier this month, the state and concessionaire presented renderings of the stations at the Art-in-Transit public meetings.

The pending lawsuit against the Purple Line may have delayed the ceremonial groundbreaking, but it hasn’t prevented preconstruction activities from commencing along the corridor. At this time, the pre-construction work mostly consists of soil borings at various locations to give the state and concessionaire a better understanding of underground conditions. You can keep up to date on the latest pre-construction activity at the official purple line website:http://www.purplelinemd.com/en/pre-construction/updates-and-notices

When we turned the calendar to 2016, four teams of concessionaires had submitted bids for the right to be the state’s partner on the Purple Line. In March, the state announced that it had selected Purple Line Transit Partners to build, operate and maintain the Purple Line for 30 years. The state also announced that it had worked with the concessionaire to reduce the project’s costs by over $500 million dollars. MTA chose the winner in part because of the real world experience on the first of its type Denver Eagle Commuter rail project. PLN’s third forum in the Envisioning the Purple Line series took a closer look at the Purple Line’s elder siblings, which began operations on schedule this May.

The number one Purple Line story in 2016 has undoubtedly been the federal lawsuit that has left the project in limbo. In August, a U.S. District Court Judge ruled that the Federal Transit Administration did not adequately consider the impact that Metro’s recent woes might have on the Purple Line’s ridership. Unfortunately, in late November, the judge reaffirmed his previous ruling that construction cannot proceed, but he did present a path forward for the FTA to present updated information which could show that the FTA factored Metro’s issues into its ridership projections. On Friday, December 16, the FTA released its findings: the Purple Line’s benefits are substantial and sufficient even setting aside transfers to and from Metro! If the judge rules promptly, the outstanding issues could be resolved before the end of winter.

And with that terrific news, we close the year with thanks to you, our most ardent supporters, for all you do for the project and Purple Line NOW. As always, we appreciate your support and ask you to keep us in mind as you make your end-of-year contributions. Here's to 2017 - the year the Purple Line finally breaks ground!

Great News for the Purple Line!

Great news! Friday night, the FTA filed an updated analysis that found that the Purple Line's projected ridership still justify the project under a variety of scenarios about Metrorail's future. The next step is 28 for court filings after which Judge Leon's will rule on whether he accepts the FTA's expert analysis. If he does, then groundbreaking should follow shortly thereafter. 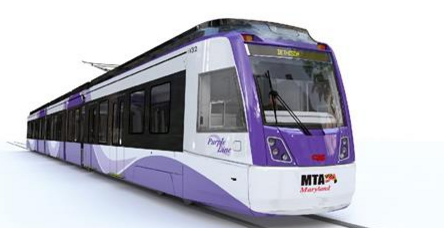 Silver Spring, MD - Purple Line NOW is disappointed that Judge Leon has declined to reinstate the Purple Line’s Record of Decision and thus continues to delay groundbreaking. Purple Line NOW President Ralph Bennett notes that “the evidence of Maryland’s need for east-west connections remains overwhelming. It can be seen every day in the form of overcrowded rush hour buses, in Marriott’s new Bethesda-based headquarters, and in the bipartisan support the project continues to enjoy.”

The Purple Line is not a Metrorail project--it is owned by the Maryland Transit Administration and has its own dedicated funding stream and private partner to manage operations and maintenance. Nonetheless, Bennett notes that “the Purple Line will reinforce Metrorail by providing convenient access to tens of thousands of new riders and adding resilience by connecting Bethesda, Silver Spring, College Park, and New Carrollton. Our region needs the Purple Line today! Construction cannot start soon enough.”

Purple Line NOW Vice President Greg Sanders said that the mixed ruling has a silver lining for the Purple Line, noting that the organization was gratified that Judge Leon recognized the precedent that these sort of decisions "require a high level of technical expertise" and benefit from "the informed discretion of responsible federal agencies."

Instead of demanding an expensive and time consuming Supplemental Environmental Impact Statement (SEIS), the court has now given the Federal Transit Administration (FTA) a chance to weigh in with more information. Sanders adds that “while the court did not consider new information as part of its ruling, federal experts have already gathered compelling evidence of the need for the Purple Line regardless of Metrorail’s present challenges.” Lucy Garliauskas, the FTA's Associate Administrator for Planning and Environment, has testified that projected Purple Line ridership numbers, even setting aside Metrorail transfers entirely, “adequately justify the purpose and need of the project.”

Mr. Bennett concludes, “it certainly seems to us that the FTA and Maryland are on firm ground if they choose to appeal the court’s choice to keep the project on hold.” 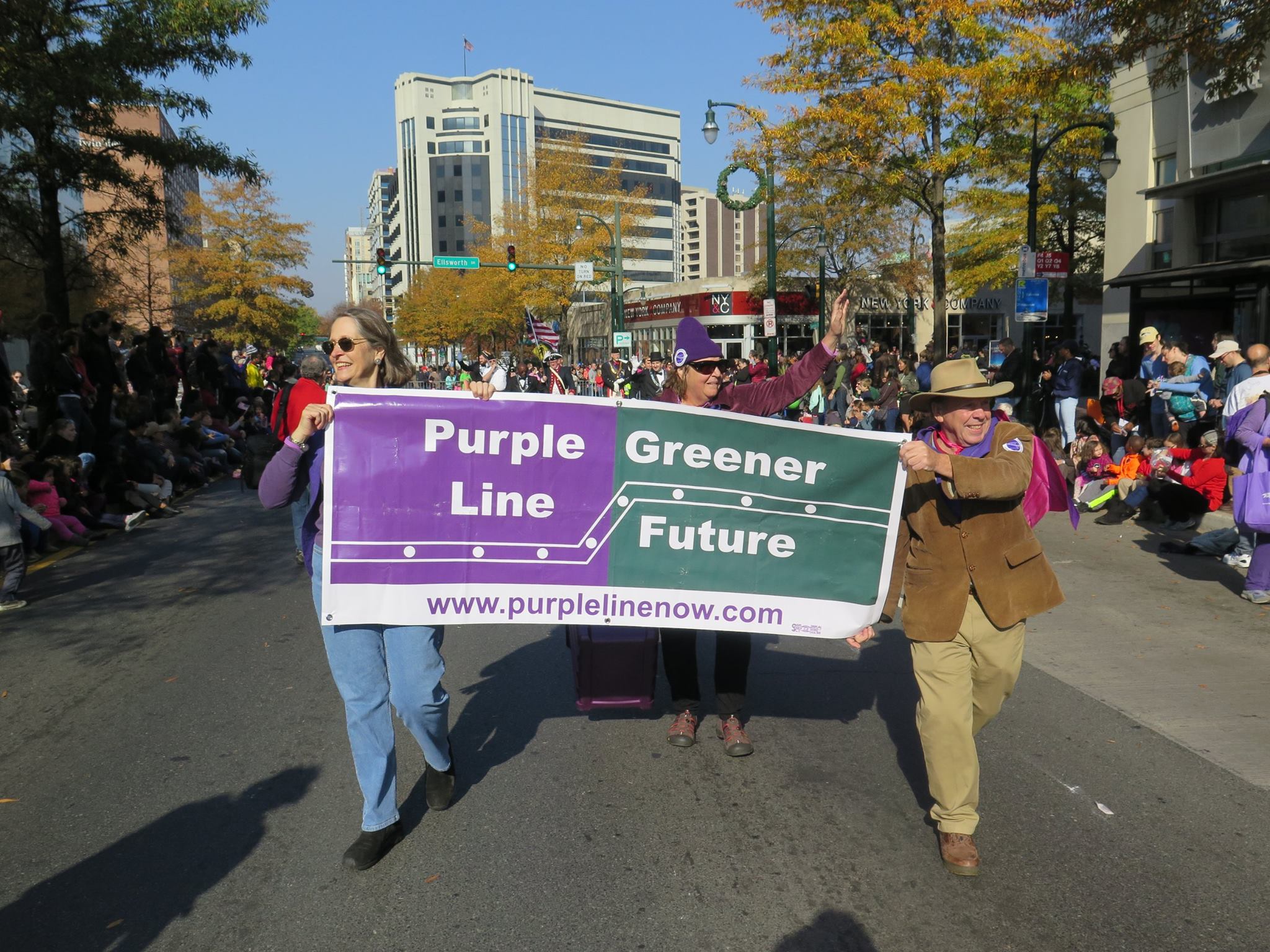